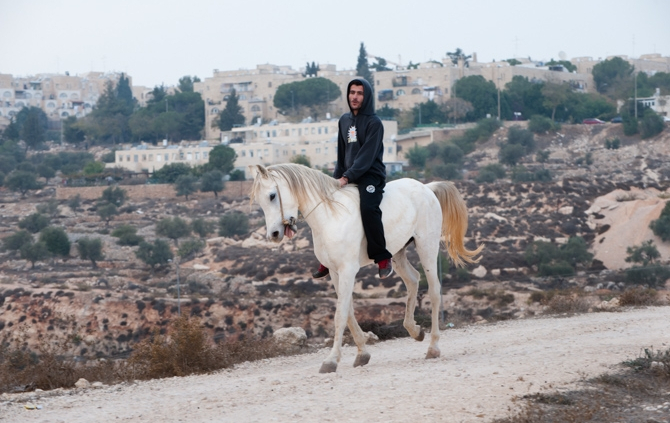 The “Israeli Committee Against House Demolitions” estimated that around 28,000 Palestinian buildings were demolished in the Palestinian territories occupied since 1967. The majority of demolition orders are issued because the buildings have been built without an Israeli permit. The history of Bilal family.

Late October, Israeli authorities visited Bilal’s family in the community of Khalet Al-Hmam, which lies near the separation wall on the “Jerusalem side”, ordering the demolition of four rooms they built in the last year. Eight months ago, Belal’s family decided to extend three buildings belonging to them by adding new rooms to the existing structures. The army gave them two weeks to demolish the new structures.

Israeli officials often give the houses’ owners two options: either proceed with the self-demolition or allow it to be carried out by the authorities and pay considerable expenses. Fines could reach as high as 100,000 NIS, which is not affordable for the majority of Palestinians families, and the fear of falling into debt often prompts them to carry out the demolition themselves.

According to the Palestinian human rights organization Al-Haq, in some cases, the owners also face the possibility of imprisonment if they do not demolish their own homes. Sometimes the Palestinians opt for the self-demolition in order to spare themselves and their relatives the humiliating experience of witnessing the demolition of their houses at the hands of someone else, and to spare the psychological burden of the indefinite wait, not knowing when the day of destruction will come. Thousands of demolition orders are issued every year, but “only” a few hundred are actually carried out, meaning it could take years before the Israeli authorities decide to enforce the measure.

When the demolition order concerns only a part of a building, the owners frequently decide to destroy the rooms themselves. Otherwise, they run the risk of having the entire house completely demolished by Israeli bulldozers. This is the case for Bilal and his family, who decided to demolish the four rooms by themselves, because otherwise they would have risked losing everything and finding themselves without shelter.

ICAHD (the Israeli Committee Against the House Demolitions) estimates that some 28,000 Palestinian buildings have been demolished in the occupied Palestinian territories since 1967. The majority of demolition orders are issued because the buildings have been built without an Israeli permit. Getting a permit from the Israeli Civil Administration, however, is very difficult because they allow building only in 1% of Area C and in 13% of East Jerusalem in areas that are already heavily built up. Moreover, ICAHD reports that more than 94% of all Palestinian permit applications are rejected. The immediate consequences are that if a family grows in numbers or wants to build additional structures to meet basic needs, it has very often no option but to build illegally, hoping that they will be able to avoid demolition. According to the ICAHD, discrimination in the enforcement of demolition orders is very common. It is very rare that Jewish Israelis receive demolition orders for illegal structures in Jerusalem or the West Bank.

Recently, Israeli forces also cut the pipe and electricity wires that provided Bilal’s family with running water and power. According to the Israeli authorities, all the buildings belonging to Bilal’s family are unrecognized and are therefore considered illegal. The Israeli state therefore exempts itself from providing them with basic public services and facilities.

“They are cutting the water and the electricity because they don’t want us to live here! They want us to move on the other side of the wall!” says Bilal, showing the newly fixed water pipe and the connection to the electrical grid he and his cousins managed to repair. “But we will not surrender.”

According to Al-Haq, forced self-demolitions are increasing in the last years in East Jerusalem, and it could be seen as a strategy by Israeli authorities to avoid international pressure. It is very hard to quantify the number of self-demolitions, a policy which started in 2000 in Jerusalem, but according to Meir Margalit, one of ICAHD’s co-founders, the phenomenon is growing, from 18 known cases in 2008 to more than 70 in 2011. Because most cases of self-demolition go unreported, looking at the Jerusalem Municipality’s statistics it would appear that the number of house demolitions has been shrinking.

According to ICHAD, the main motivation for demolishing Palestinian houses and denying them permits is purely political and racially discriminatory. The policy is an important part of an ongoing plan attempting to alienate Palestinians from their homes and lands, driving them out of the country or confining them to small, crowded and impoverished enclaves. 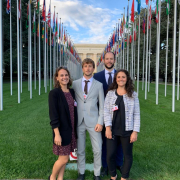 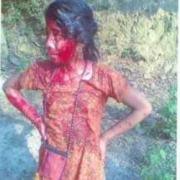 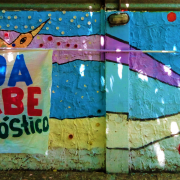