Eco-migrants in Georgia, IV Forum “Responding to the challenges of environmental migration: resettlement as a short-term strategy” organized by Europe Foundation in Tbilisi, told by Arianna, White Helmet in Batumi

“Eco-migrants’ resettlement is a problem than has been accumulating throughout the years. Services should be provided equally regardless of the geographical position. I am sure that if a natural disaster occurred in Tbilisi everyone would be alerted”. This is how Archil Khakhutaishvili, Executive Director of Georgian NGO Institute of Democracy (IoD), provoked the representatives of the Government during the IV Forum “Responding to the challenges of environmental migration: resettlement as a short-term strategy” organised by Europe Fundation at the Holiday Inn hotel in Tbilisi on February 1st 2017. Our organisation, Community Pope John XXIII, also in Georgia, took part at this conference, along with several representatives of Georgian civil society. The Forum had the goal of providing the representatives of the government with suggestions and examples of good practices.

Firstly, it is important to address who and what are there “eco-migrants”. They are the people who have been forced to flee their homes and find new accommodation elsewhere because of earthquakes, avalanches, flooding and other natural disasters. Technically, they are internally displaced persons but Georgian law does not recognise them with this status. That is why it is difficult to quantify the number of eco-migrants. Nevertheless, recent data from 2015 state the number of eco-migrants is around 35200 people.

To better understand the situation of eco-migrants, we have gotten in touch with various representatives from Georgian NGOs and the Government. CENN, the Caucasus Environmental NGO Networks, informed us that in spite of the absence of a legal status defining eco-migrants, there are two types of categorisation: those who fit the first category, who have had their house fully or partly damaged and no longer suitable for habitation, and those families who fit the second category, who live in a house located in an area at high risk of being subject to natural hazards.

Khakhutaishvili (IoD) remarked that there has been a positive evolution in the treatment of eco-migrants, stating that “if before they could not even choose where to start a new life, but were relocated in other villages without being asked, now thanks to this decree they have the opportunity to choose where to live: usually they prefer to settle not far from their relatives and friends”.

Ramaz Jincharadze, Deputy Minister of Health and Social Affairs in the Autonomous Republic of Adjara, informed us that since last year, the Adjara Autonomous Republic has been allocating 3 million GEL per year to finance the purchase of a house. This has meant that an average of 10 houses have been bought per year since this programme was introduced. According to the Deputy Minister, the programme will go on until all Adjara’s eco-migrants have been relocated. He is also confident that by the end of this year all the eco-migrants fitting the first category in Adjara will have been relocated to a new house, stating “I do not know the number of eco-migrants of the first category, but there are approximately 600 families fitting at least one of the categories in Adjara”. He also added that “if the number of the families remains the same, the situation will be resolved in three to four years”. Eco-migrants do not receive any form of social help in terms of psychological support nor access to education and there is little to no attention given to the needs of persons with disabilities. According to Jincharadze “it is important to give these people a house first, before other problems can be taken into account.” In reference to the protests held by eco-migrants around Adjara and the rest of the country, the Deputy Minister affirmed: “We are already doing as much as we can”.

However, Georgian civil society does not seem to be as optimistic as the Adjarian politician. During the Forum, several NGOs pointed out that a lot of the problems lie with the lack of a holistic approach as well as myopic bureaucratic burden. There have been cases where families could not access a safe house, with Kafkaesque situations where houses did not have neither suitable flooring nor a roof, because, according to specialists’ evaluation, the house, having stable walls, was suitable for habitation. Khakhutaishvili (IoD) also raised the issue of back migration: in absence of social integration and employment upon arrival, an increasing number of families are deciding to go back to their previous residence, taking the risk of being victims of natural catastrophes again. Unfortunately, there is no monitoring after relocation: frequently, the houses bought by the government have been resold by the beneficiaries because they did not have a ready source of income.

The lack of income-generating activities is a problem that the state has not been taking into account. Civil society organisations have taken up the slack. Some years ago, CENN led a pilot project in Pirosmani in Khakheti, with the aim of generating employment opportunities and sustainable livelihoods for 16 families through the creation of apricot gardens. To this end, the beneficiaries were provided with special training on tree planting and waste composting.
Currently, the Young Scientists’ Union Intellect (Intellect) has been carrying out a two year project “Improving the situation of migrants in the Adjara region” that will end in June 2017 with the goal of easing the access into the labour market for these eco-migrants. The project is made up of three components: the first one involves training for more than 20 different professions; the second one is based on microcredit provisions to set up new businesses or to finance already existing commercial activities, such as motor garages and bakeries; finally, the third one introduces general legal consulting. To access the project, applicants must provide the documentation testifying that they fled their home because of ecological damage. Among the beneficiaries of the project are 25 families living in a slum located a few kilometres away from Batumi in the municipality of Khelvache Uri. The slum is called “Otsnebis Kalaki”, that is “The dream city”, but it is far from being a dreamy place. Here, approximately 3000 people live in makeshift shacks with poor sanitation and hygiene

conditions given to the absence of a sewer system and paved roads. Part of the project implies the presence of containers in the slums where the dwellers can wash themselves and their linen. One of the representatives of Intellect affirmed: “We are doing what the Government is supposed to do: at the end of the project we expect our beneficiaries to have acquired more awareness of their rights.”

Community Pope John XXIII is well aware of this situation and has been working in the slum for years, providing some of the families with food, napkins and English lessons.

Another thorny issue surrounding eco-migrants’s situation is the lack of property rights. Melud Vashahmadze, an eco-migrant living in a shack in Otsnebis Kalaki, claimed, during an interview to a local newspaper, that the Government had assigned him a house without providing him with the legal documentation. Sometime later when the owner of the house came to claim the house, Vashahmadze had to seek shelter in Batumi’s slum. During our interview, Adjarian politician Jincharadze informed us that this is a problem of the past, “now, thanks to decree 779, in a few days all the people who have been assigned a house should receive the relevant documentation”.

For some NGOs such as Intellect and CENN, one of the biggest problems is the lack of legal status for eco-migrants. However, according to Khakhutaishvili (IoD) establishing a status would give rise to further problems as it would mean having to establish who will be eligible for the status and when the status should expire. “Should it expire when they go back to their place of origin or when their socio-economic problems are solved? Instead of discussing on the legal status, we should provide our local municipalities with more financial resources and competences”.
Among the recommendations that IoD has given to the government, there is a call for strengthening the communication between the central government and the local municipalities by shifting from verbal communications to written communications, as well as by fixing common standards to deal with persons affected by natural disasters.

The issue of eco-migrants seems to be very far from being solved, there are many factors to be taken into account, especially considering that there are approximately 2000 families in Georgia who are vulnerable or under permanent risk of being victim of a natural disaster.

The Forum in Tbilisi ended with smiles, handshakes to remind everybody that there should be a joint political will coordinated with the work of civil society. Our wish is that words will be put into action so that the voice of those who lost everything will no longer remain an unheard echo. 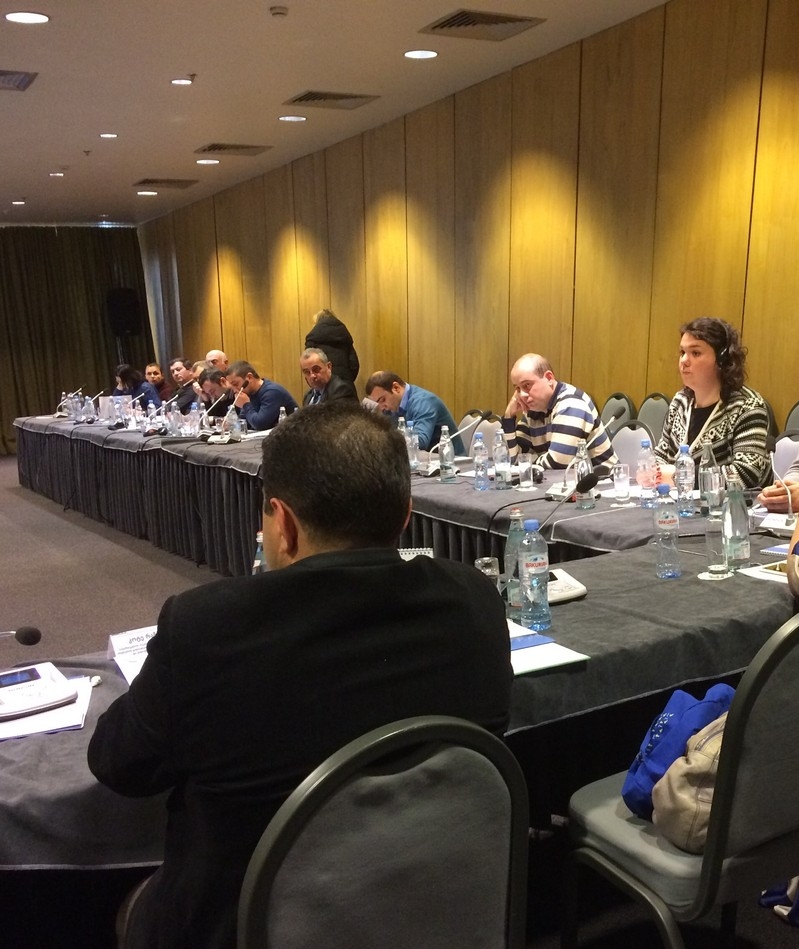 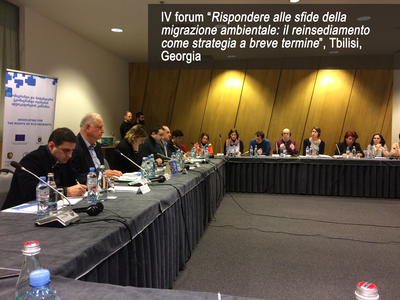 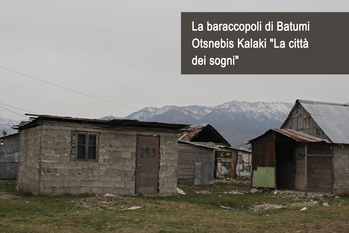 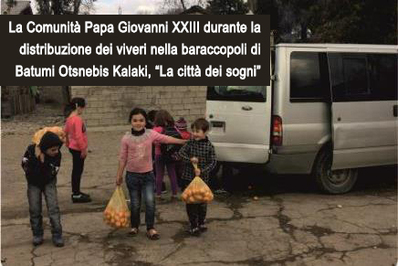 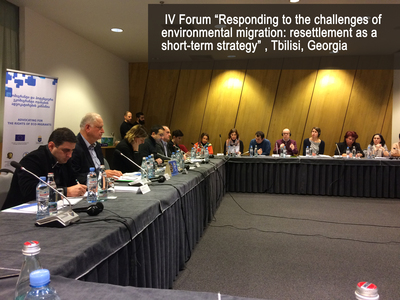 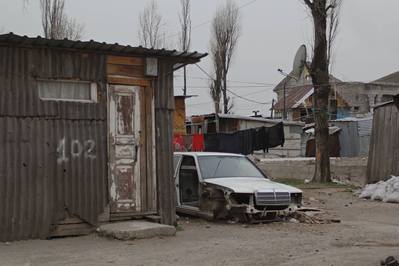 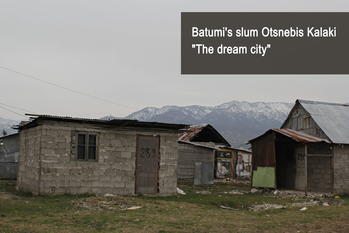 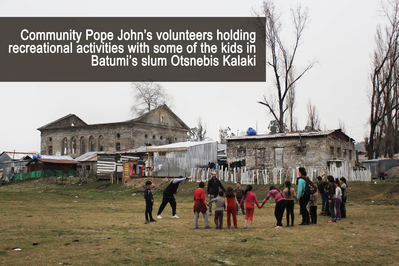 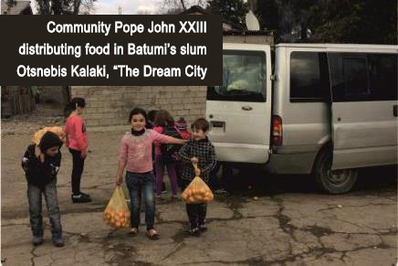